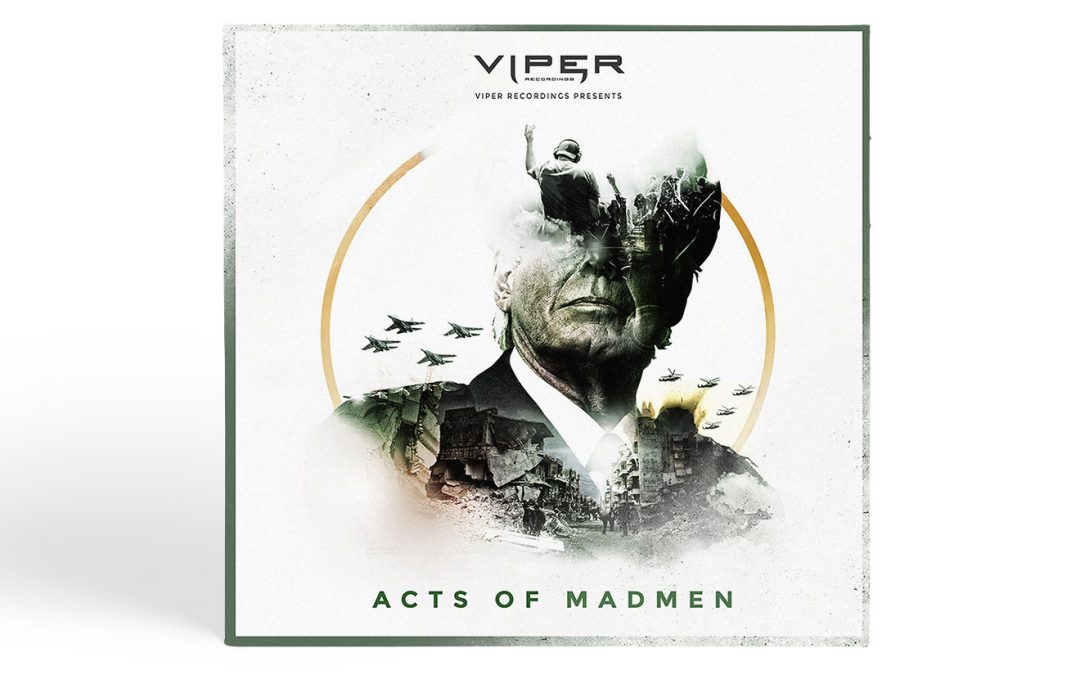 The first release artwork for Viper Recording’s Acts of Madmen (Volume 2) series is out now.  Having seen releases from some of the most respected veterans alongside the hottest newcomers in the drum & bass over the past 15 years, Futurebound’s Viper Recordings has gained a reputation as one of the scene’s strongest labels since its inception. The original Acts of Madmen series showcased music from some the of the most promising artists of the time.

Featuring brand new exclusive music from the scenes finest across a number of singles followed by a monster 30 track exclusive album in September.  Celebrating 15 years at the forefront of iconic drum & bass music, Viper is a name that has become synonymous with success, and this second addition of Acts of Mad Men is the perfect tribute to all that the label has accomplished since its inception in 2004.