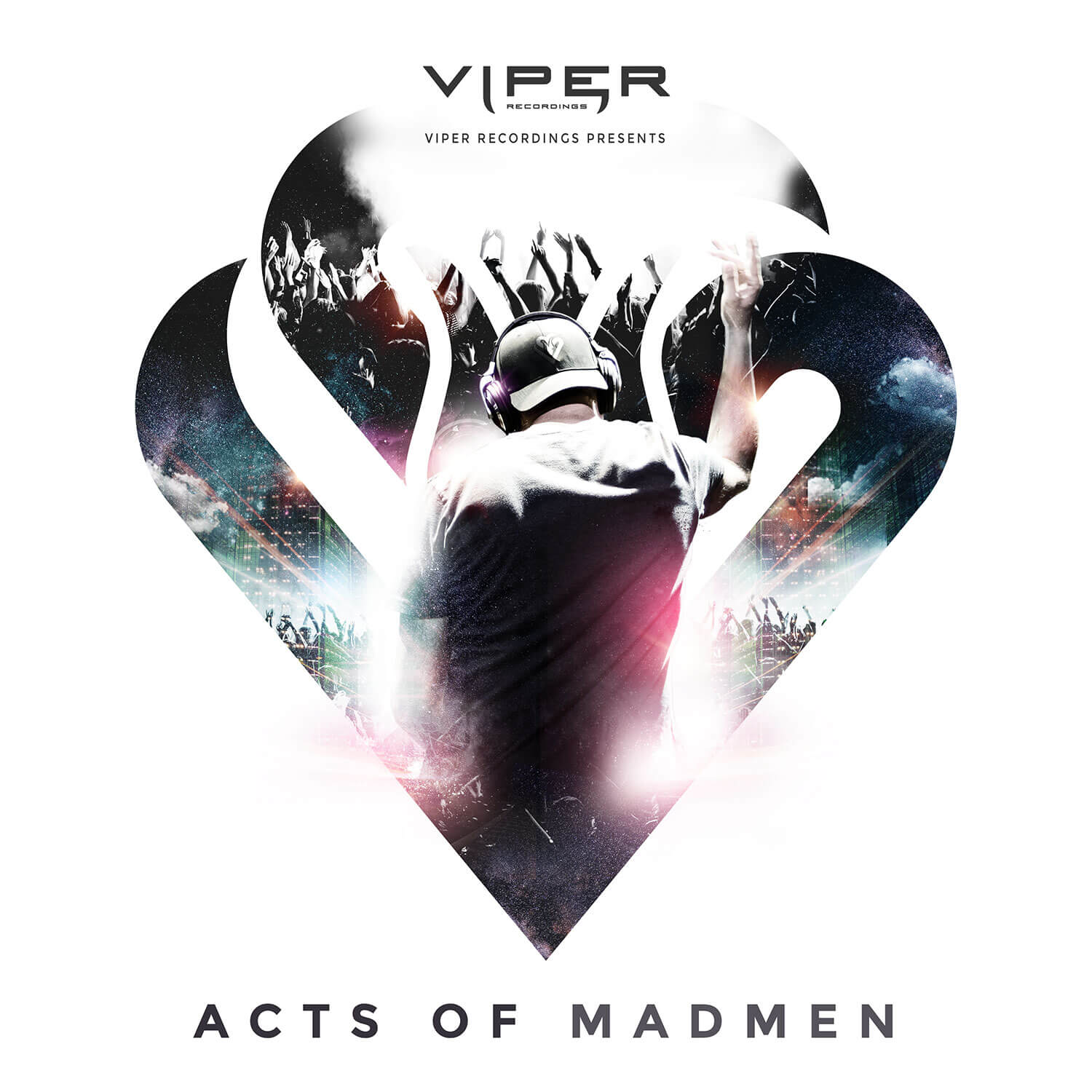 Viper Recordings relaeased the original Acts of Madmen Series in 2007, I had created the artwork for the series. the series atbthe time consited of a CD album design and 4 off shoot singles. viper asked me to create the artwork for their 2019, second installment of the seires. I creted a single artwork with a political theme then created the album artwork as seen here that had a more straight forward festival / live party feel to it.