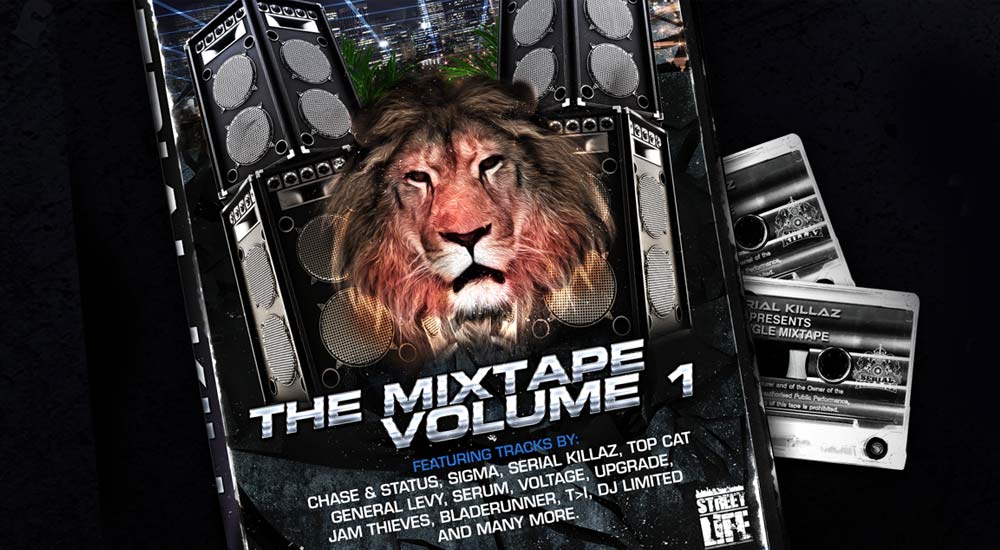 Serial Killaz, a label that has always remained grounded and true to it’s roots is about to unleash a full on breakdown of it’s philosophy with a jam packed album aptly named ‘The Mixtape’. Exclusives and unreleased tracks in abundance, this is the sure-fire smasher for the end of the summer.

With a combination of both well known and breakthrough producers alike, this collection of 40+ tracks will please diehard junglists, new school heads and everyone inbetween.

One thing to remember here is that this album hasn’t been put together in 5 minutes, in fact it’s been a labour of love for Serial Killaz who have been working hard to bring this collection to the masses for the majority of this year.

Expect to see some household names inside the ride with the likes of Chase & Status, Micky Finn, Sigma and Turno dropping some heavyweight bombs. Upgrade, Leaf, Dez, Vital and Kitcha from the Serial Killaz stable all making some dangerous contributions and good friends of the label Top Cat and General Levy lick down some serious shots.

If you could wrap up the vibes Serial Killaz bring to both live performances and audio releases, this forthcoming album presents it in it’s rawest format.

Covering all angles, with no fillers and no commercial actions, this is the ultimate in jungle and drum and bass for 2017.